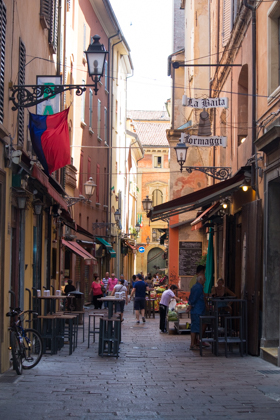 Bologna is a food lover’s idea of heaven. Piazza Maggiore is the heart of the city and ground zero for food sightseeing. Even Eataly (the Italian gourmet food emporium) has opened a branch on one of the major food streets leading off the east side of Piazza Maggiore (Via degli Orefici). 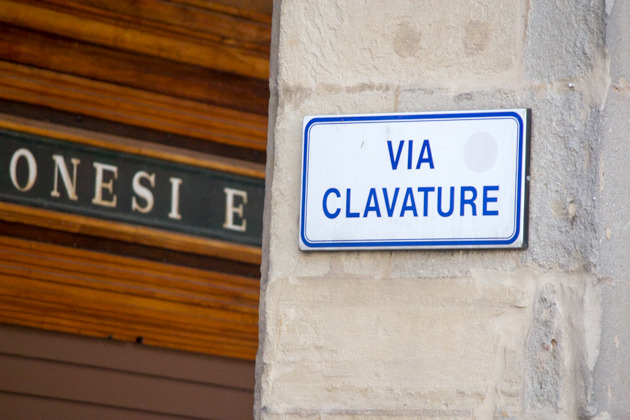 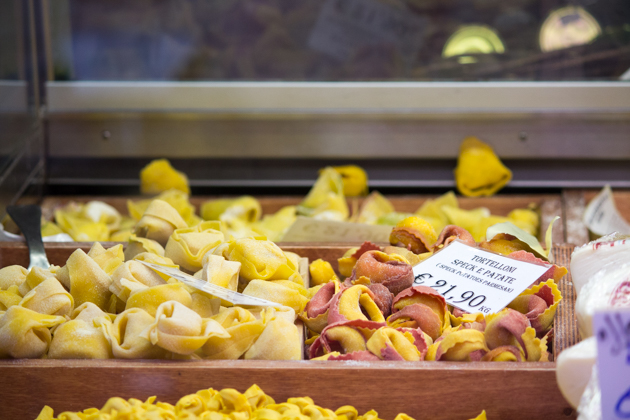 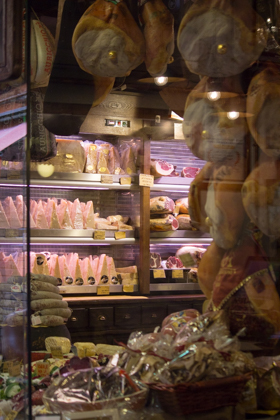 Along the streets of Via Pescherie Vecchie,Via degli Orefici, Via Clavature and Via Drapperie, there are greengrocers, fishmongers, housewares shops, bakeries and delicatessens selling the finest local specialties including Parmigiano-Reggiano, traditional balsamic vinegar and prosciutto (see a list of the highlights below).  On Via Caprarie is Tamburini, the Rolls Royce of delis and a must for anyone who loves to eat. 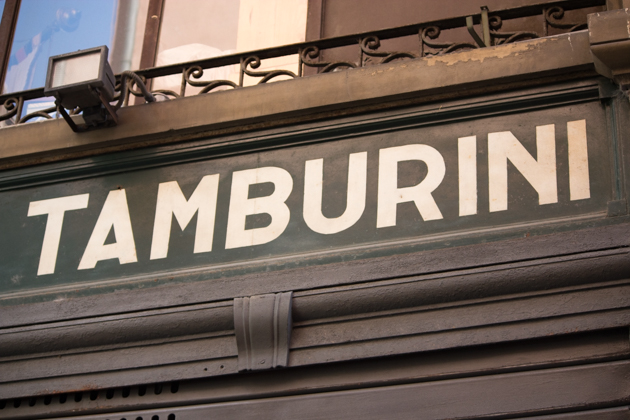 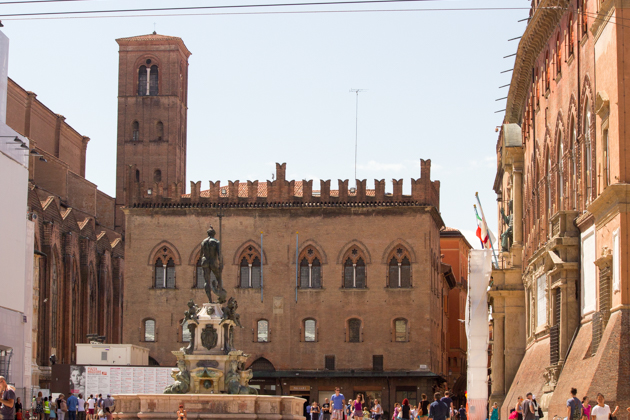 Neptune’s Fountain, built in the 16th century, is a symbol of the Pope’s power, likening it to Neptune’s power over the seas.  There are four angels at Neptune’s feet representing the rivers of the four continents discovered at that time: Ganges, Nile, the Amazon and Danube. 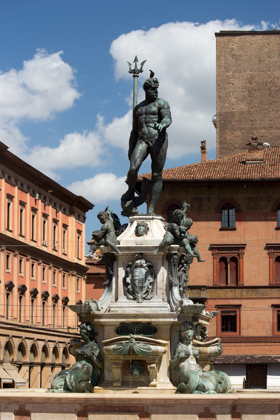 San Petronio is the most important church in Bologna and is named in honour of the city’s patron saint. Construction began in 1390 and it was originally planned to be larger than Saint Peter’s in Rome. In 1514 the construction was stopped (the facade today remains unfinished) and the funds diverted to build the Archiginnasio which was once the main building of the University of Bologna. 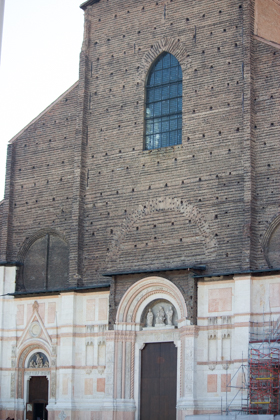 The north side of Piazza Maggiore borders Via Rizzoli and looking east offers a view of the famous Two Towers, the symbol of Bologna. In the 12th century there were more than 100 towers built for defence, signalling and as a demonstration of social prestige of the various noble families that built them. Today only 20 remain of which the Asinelli tower built by the Asinelli family in 1109-1019 is the tallest at 97.2 meters tall. The Garisenda tower next to it is much shorter at 47 meters as construction had to be halted due to subsidence and in the 14th century it had to be lowered due to risk of toppling. 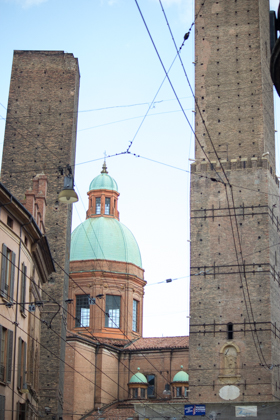 Behind the towers to the east are several streets which radiate off it including Strada Maggiore which has the Santa Maria dei Servi church (a gothic church built in the 14th and 15th century housing important 14th century art) and Via Santo Stefano which has the Santo Stefano church (also known as the Seven Churches which started in the 5th century and the buildings are 10th to 13th century). Both are worth a visit. 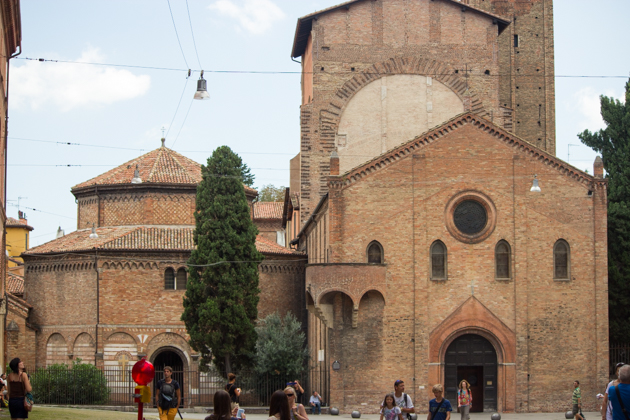 While the architecture and related history was fodder for thought, the real draw for our visit to Bologna were the local specialities including mortadella di Bologna (a finely-ground, cured, pink pork salami which can be oval or cylindrical). Mortadella has been reinterpreted abroad as “bologna” a ubiquitous sandwich filling for school children in North America. 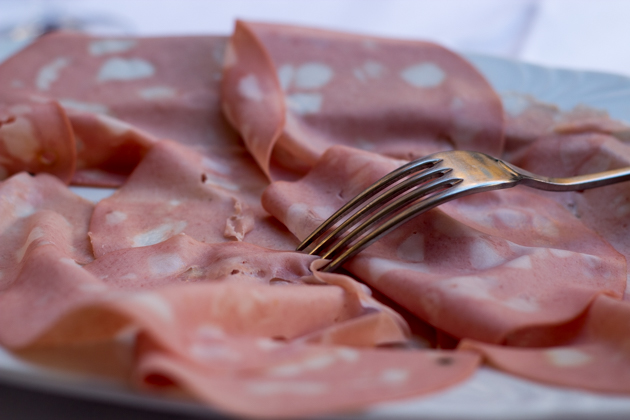 Bologna is also the birthplace of two famous dishes – lasagne (spinach-flavoured pasta sheets layered with ragù, béchamel sauce and Parmigiano-Reggiano cheese and then baked) and pasta with bolognese meat sauce (ragù alla  bolognese). These two dishes have been replicated around the world with adaptations the most common of which include substituting cheese for béchamel in lasagne and the addition of copious amounts of tomato to ragù alla  bolognese. 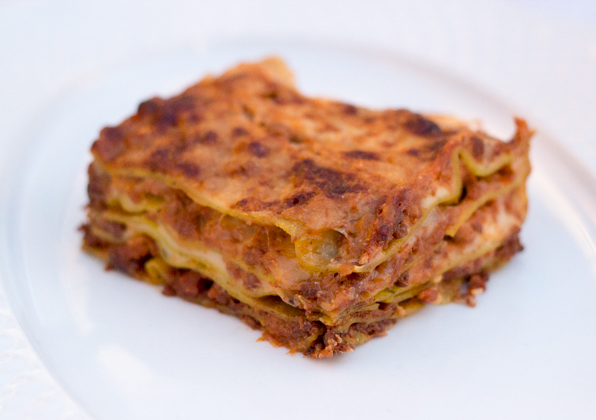 Ragù alla bolognese is traditionally paired with fresh tagliatelle (also from Bologna) not dried spaghetti (which is from Campania in the south). The texture is completely different and the silky fresh egg tagliatelle absorbs the ragù and marries perfectly with its earthy flavour. Another fresh pasta from Bologna is tortellini, which is often served in broth. Nothing is more warming on a cold winter day than a steamy bowl of clear broth and the mouthfuls of tortellini floating in it; each a flavour explosion on its own. 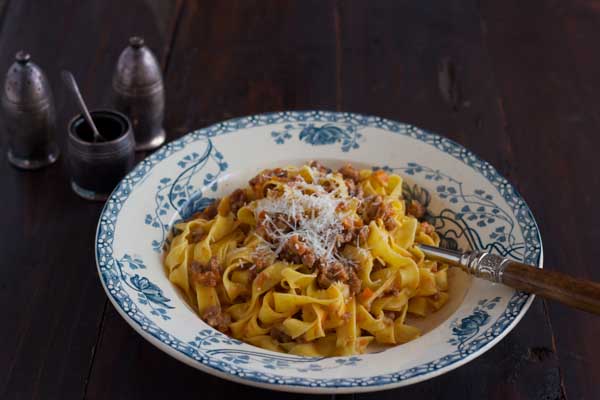 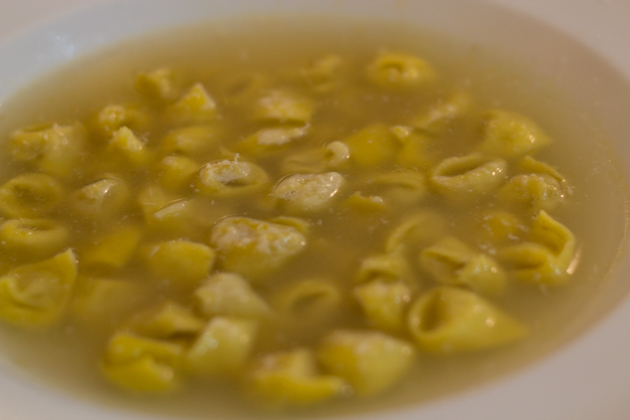 As a small souvenir from our visit, I’ll share my ragù bolognese recipe with you. Keep in mind that while there is general agreement what core ingredients belong in the ragù, it is famously said that if you ask 500 cooks the recipe for ragù alla bolognese, you will get 500 different recipes!

300 grams of lean beef (such as flank or arm clod), finely diced (can replace some of the beef with a mixture of veal, fresh sausage, and/or pork) 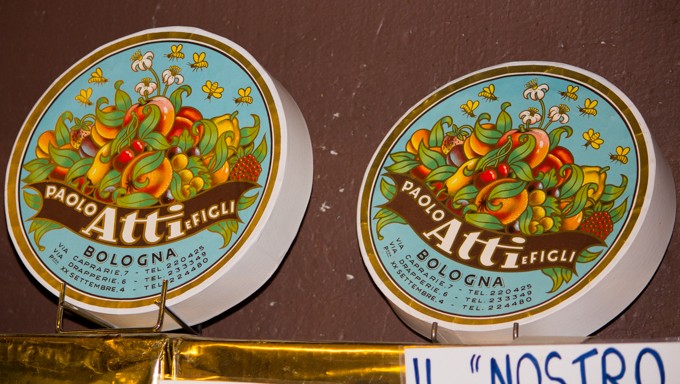 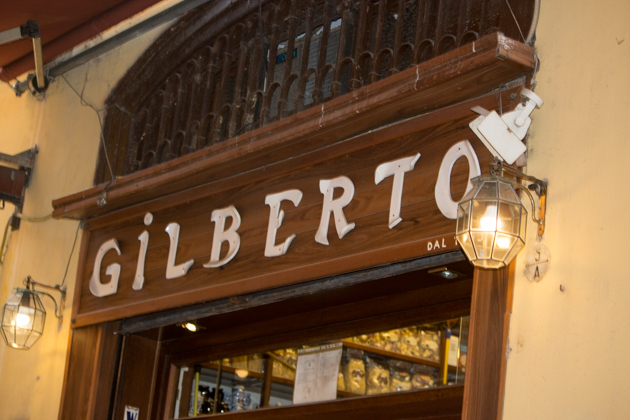 via Clavature, 17/a
Tel: +39 051261964
Known for particularly for their gianduia (hazelnut chocolate), this chocolatier has been making amazing chocolates since 1909.

Thanks for visiting Living a Life in Colour again, good to have you back here. If you haven't yet, you might want to subscribe by e-mail . Enjoy! Thanks for visiting!
« Why visit Milan Expo 2015?
The secret delights of Romagna »