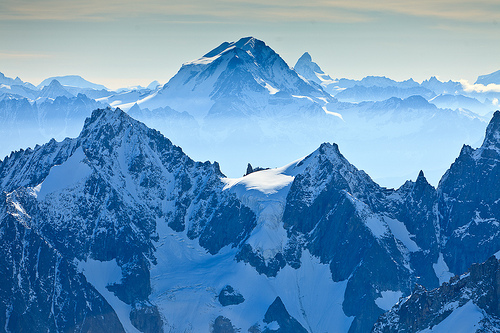 Valle d’Aosta (Aosta Valley) is a tiny alpine region in the northwest of Italy bordering France to the west, Switzerland to the north, and Piemonte to the south and east. There is great skiing here, beautiful castles dotting the landscape, thermal baths, funiculars to panoramic viewpoints including that of Monte Bianco (Mont Blanc), Monte Rosa, and fantastic hiking in the Gran Paradiso. 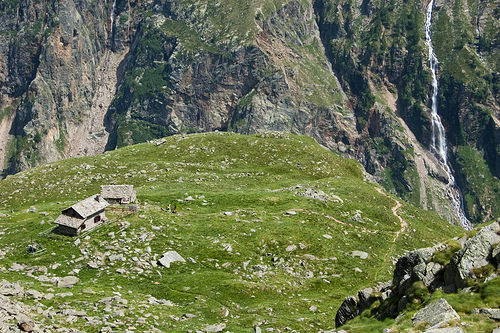 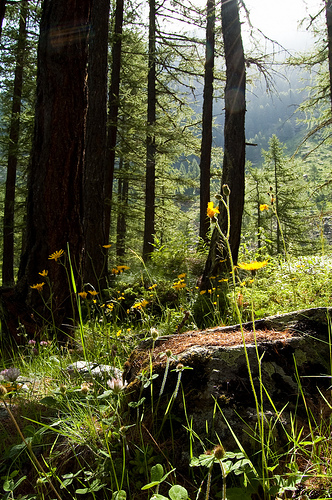 Due to the region’s geographic location and history there are strong French and Swiss influences here, which are reflected in the cooking. This has long been a border region that provided access to the other side of the Alps. Travellers coming through the valley and up into the mountain passes needed sustenance and lodging before continuing their journey through the Alps. That explains why the food here is hearty and warming. In the heat of summer some of the dishes may sound unappetising but I promise you after a long morning of skiing or mountain hiking, you will be more than ready for any of these foods. 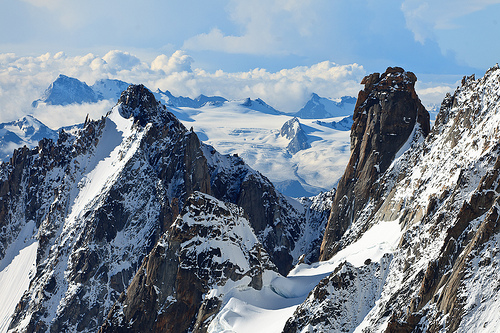 The mountains and valleys of Valle d’Aosta are breathtaking and offer magnificent views and many little villages to explore. After all, these are some of Europe’s greatest mountains. From skiing the glaciers in the winter to hiking through Gran Paradiso National Park in the summer, this region is an outdoorsman’s dream come true. I particularly enjoy skiing in Courmayeur, Breuil-Cervinia, La Thuile, Gressoney la Trinitè, and Monte Rosa. Etroubles is a beautiful village where many artists reside and Fontina cheese is made. 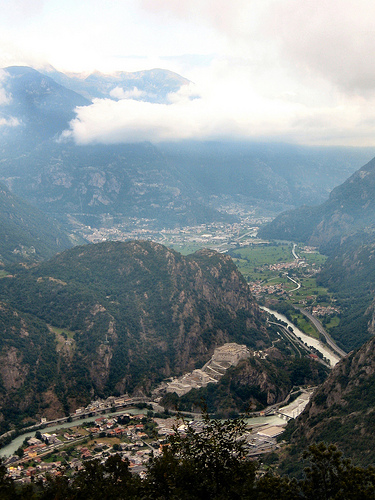 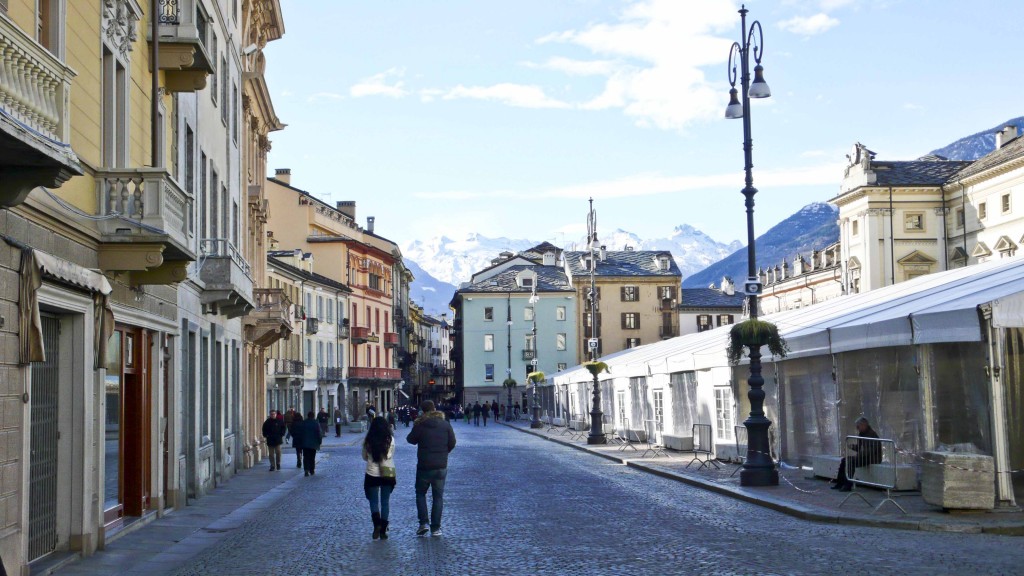 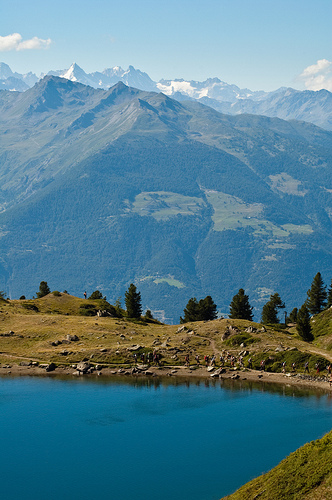 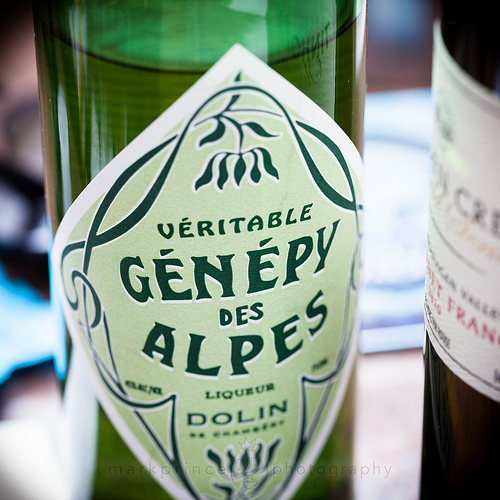 The cuisine focuses on a few mountain ingredients: lardo, butter, Fontina cheese, Toma cheese, cabbage, potatoes, beef, ham, game, polenta, bacon, sausage, honey, herbs, liqueurs, wine, chestnuts, apples, pears, and bread. This is an area in which animals graze the summer pastures freely, eating the wild grasses that give their milk and cheeses so much character and creaminess. Traditionally there were many alpine huts in Valle d’Aosta  equipped with ham, cheese, and Génépy des Alpes (a herbal liqueur) for whoever was hiking or skiing and in need of sustenance. 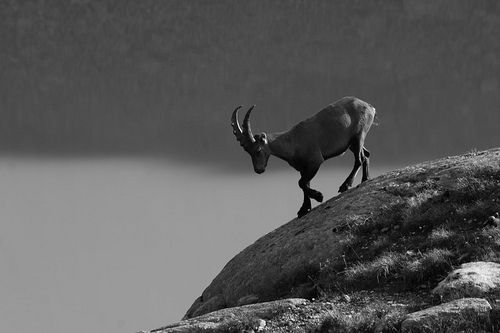 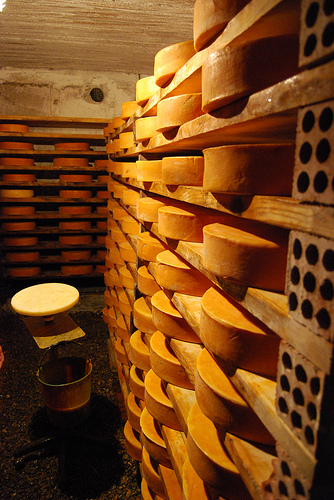 Many ingredients are sourced from the wild, from various types of game to the assorted mushrooms, greens, nuts and berries that the locals know just where to find when the season’s right.

A typical Valle d’Aostan menu will start out with a mixed antipasto of cured meats:  Jambon de Bosses ham (my favourite), bresaola (dried beef), mocetta (dried chamois, goat, or beef), salami, lardo, and cheeses (Toma is one of my favourites). See recipes here. 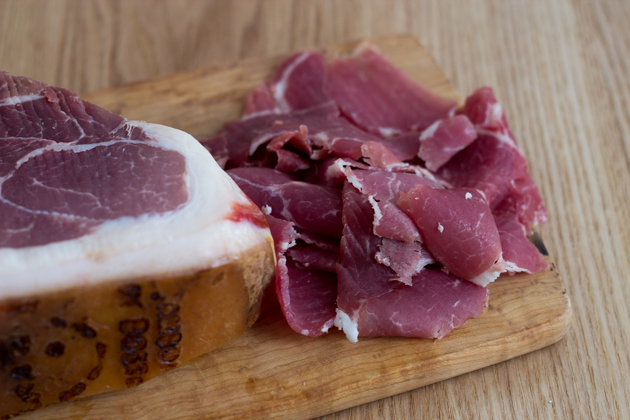 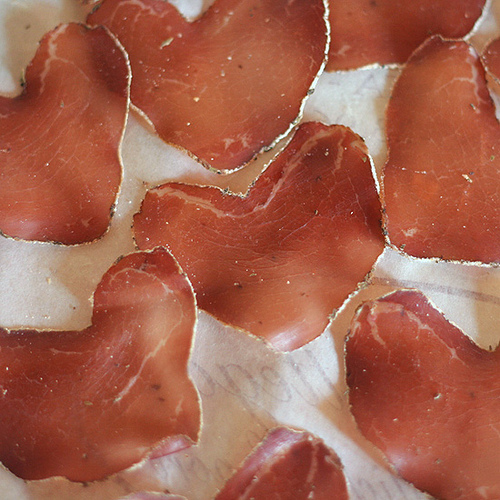 Mocetta by Rubber Slippers in Italy

Second courses may include steak or polenta with toppings such as mushrooms, sausages, veal stew, or cheese. 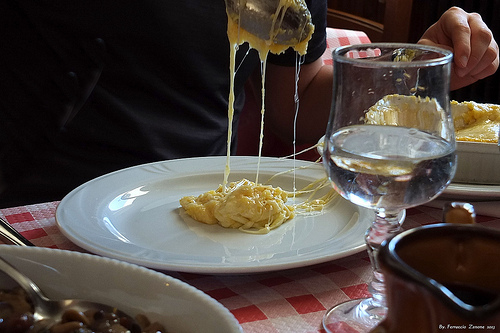 Polenta with cheese by Ferruccio Zanone

Desserts usually include chocolate or chestnut confections such as tegole (round flat hazelnut cookies) served with cogne (chocolate sauce). Pere Martin Sec al vino rosso (pears poached in red wine and spices) are another traditional ending to a meal. For recipes from Valle d’Aosta see here. 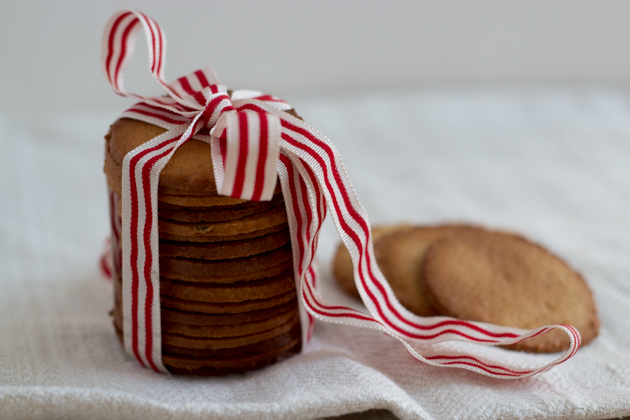 Meals can be finished with a small glass of génépy, grappa, or caffè valdostano (a mixture of coffee, lemon zest, orange zest, grappa, red wine, and sugar) served in a grolla (a hand carved wooden pot with many spouts to be shared). The grolla is also called the coppa dell’amicizia (the cup of friendship) and is served on fire with sugar around the rim. Once the fire has burnt out, the lid is put on and the cup is passed with each person drinking from a different spout. 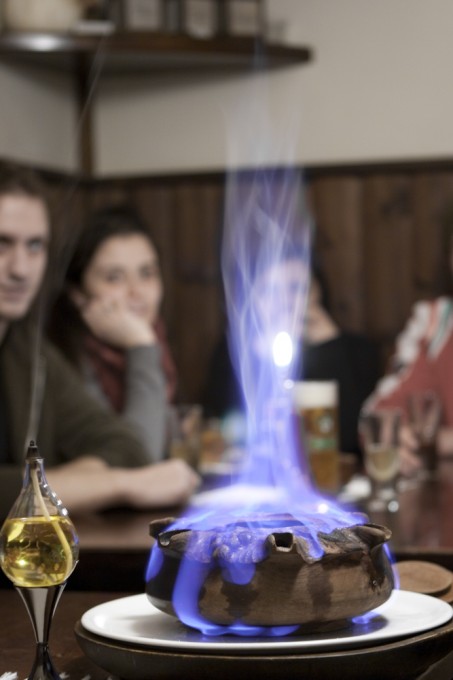 The ideal way to enjoy leisurely meals like these is to share them with good friends in a small stone restaurant beside a roaring fire after a day spent outdoors. 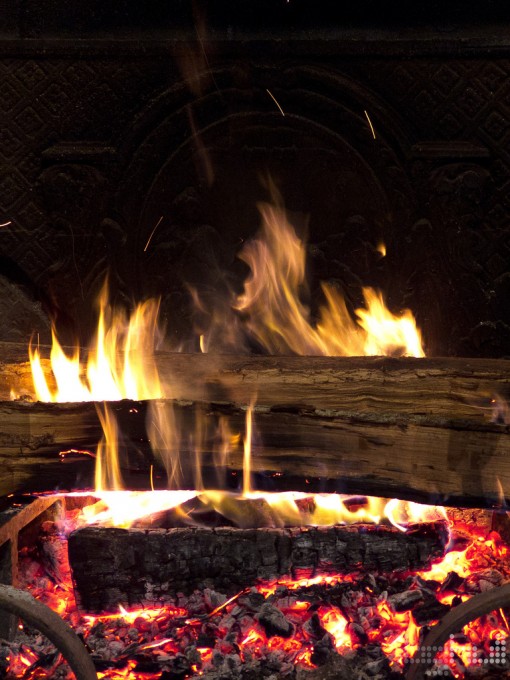 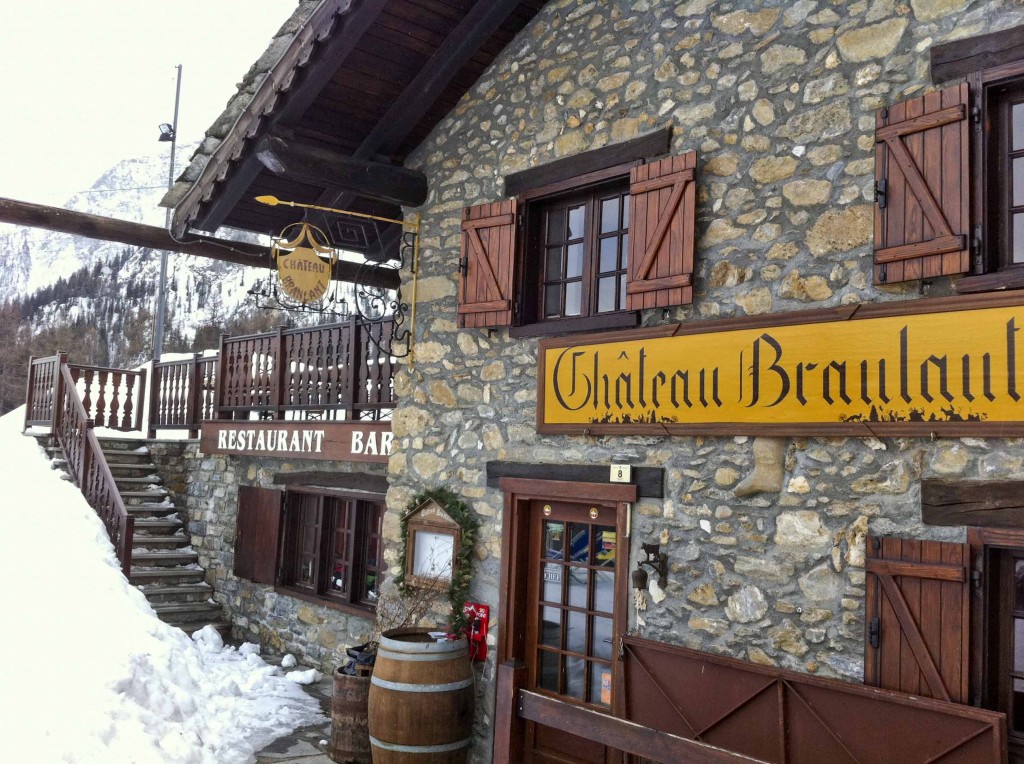 A list of typical Valdostan dishes (Classic dishes are written in bold):

Saucisse (beef and pork sausage with spices, soaked in wine and dried)

Salignoùn (a lightly smoked, crumbly, fatty, creamy ricotta with chili or paprika and herbs, sometimes with dried flowers from Lower Valle d’Aosta, often made to be served at home with beer)