Before cooking live lobsters, it is kind to kill them first. Either freeze it for 10 minutes or place it upside down, holding it by the curve in its tail, and rub your finger along the top of the head until the lobster calms down. Place it on a cutting board and plunge a knife into the indentation in the shell just behind the eyes (between the eyes and the tail) and draw the knife downwards between the eyes. 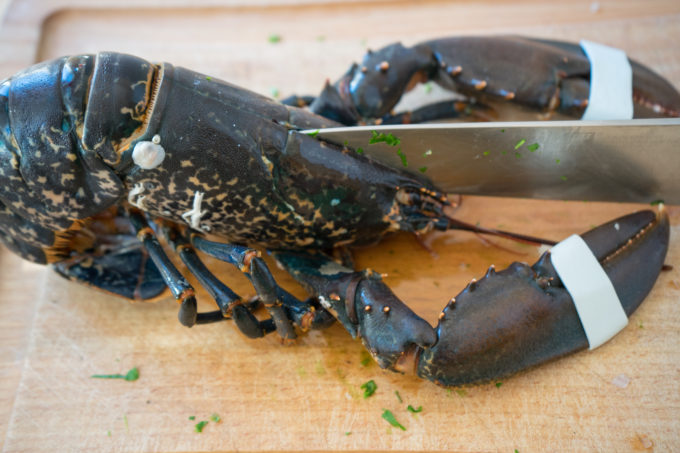 If you need to halve the lobster then turn the knife around and draw the blade down from head to tail to cut it in half. The tail can be twisted off from the body and cut in half by drawing a knife down the tail or if you want to keep the meat whole, use scissors to cut down the shell covering the underside of the tail and pull the meat out. 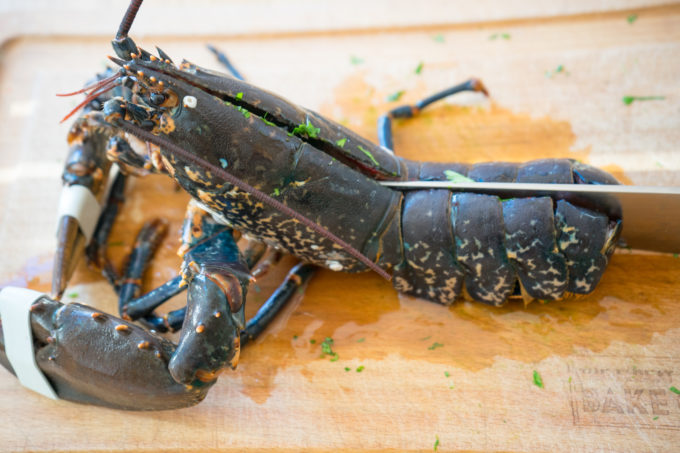 The body can be used for soups or sauces if you remove the sand sac and the intestines. The green liver, or tomalley, is excellent for sauces. To prepare the tail, draw out the vein in the back holding the waste. There may also be eggs inside and/or the coral, which are perfectly edible and can be used in sauces. The eggs are black when raw and turn orange when cooked, they can also be cooked in butter and eaten. 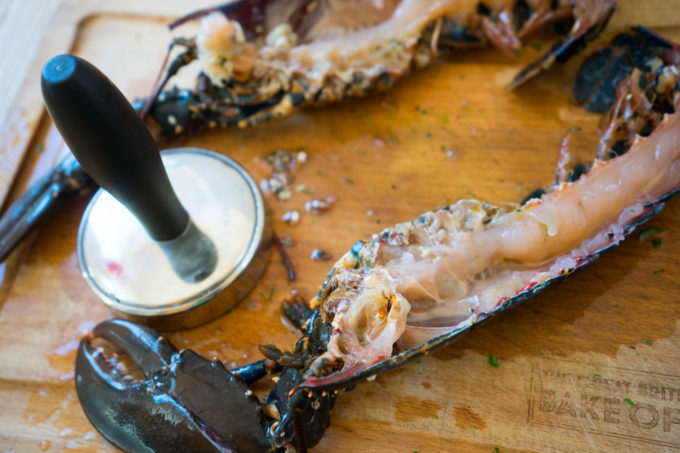 The claws, including the knuckles can be twisted off and cracked with a mallet. 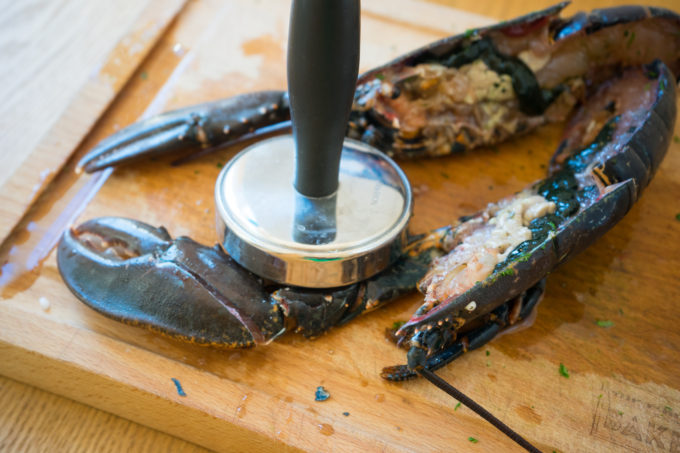