Now imagine a healthy dish you can pull out of the fridge on a hot summer day with no need to prep. It gets better, you can serve to even your most dietary restricted friend. (You know, the one that is vegan and gluten-free, who has to bring her own hummus to dinner parties.) Now some of you will be surprised when I say it’s caponata (and some of you will ask what is caponata?) I used to think I hated caponata – the soggy, greasy, astringent and sickly sweet versions I had tried before were an unfair imitation.

In some ways, the diversity of Sicilian cuisine and its history is exemplified through caponata. This simple dish of sweet and sour vegetables (typically primarily aubergine) changes depending where you are on the island. It is a story of a mixed marriage. Sweet and sour was brought to Sicily by the Arabs who invaded the island (along with citrus, rice, sugar and spices) in the 9th century. The most obvious resemblance to caponata is ratatouille, a French dish, likely introduced by the Bourbons who ruled Sicily in the 18th century. 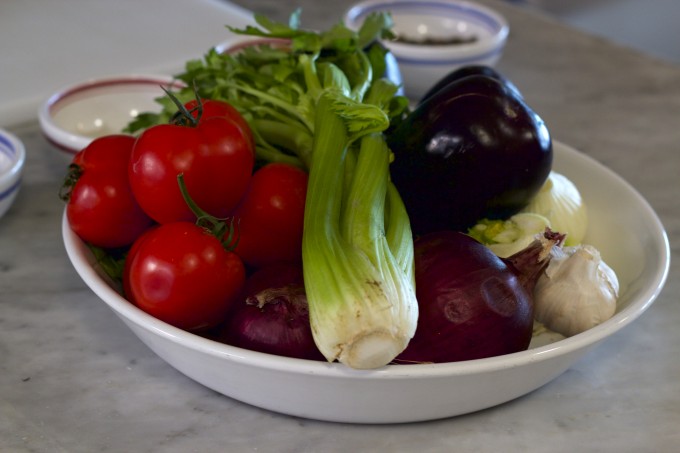 Travel through Sicily eating caponata and you will find versions with zucchini, peppers, potatoes, olives, artichokes, apples, anchovies, sardines, basil, pine nuts or almonds, tomato paste or fresh tomatoes, honey or sugar, sultanas and even chocolate! This also means, that if you find yourself lacking an ingredient or in over abundance of another, feel free to substitute.

The recipe I was taught is from Menfi and has a clean, light flavour that is refined and well balanced. It has a slightly tangy tomato flavour which finishes slightly sweet. The creaminess of the aubergine (eggplant) is accented with a bit of crunch from the celery and almonds. Make it once and it will be a staple in your refrigerator.

Caponata should be made in huge batches as it can be preserved in jars sealed with olive oil in the refrigerator; a jar ready to crack open at the sound of a friendly knock on the door. Its flavour actually improves with time and if you can resist, wait a day before eating. Caponata can be served as a starter on its own or with burrata cheese; a side to grilled swordfish or as a snack on grilled or toasted bread. 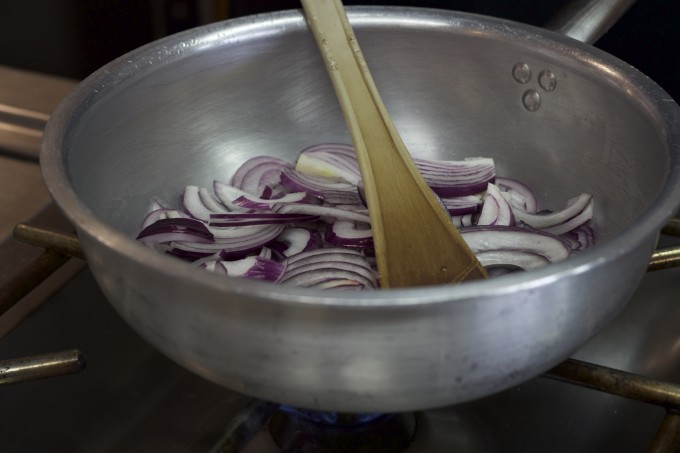 This recipe was taught to me by chef Angelo at the Planeta estate in Menfi. It was his grandmother’s recipe. It owes its lightness to the fact that the onions are caramelised in water rather than oil. The caramelised onions add most of the sweetness to the dish rather than the too-obviously-sweet sugar. Also the aubergine is fried in very hot oil so that it absorbs minimal oil (which is evident when it is drained on kitchen paper) so the dish is not in the least heavy or greasy. For an illustrated step-by-step guide, see here. 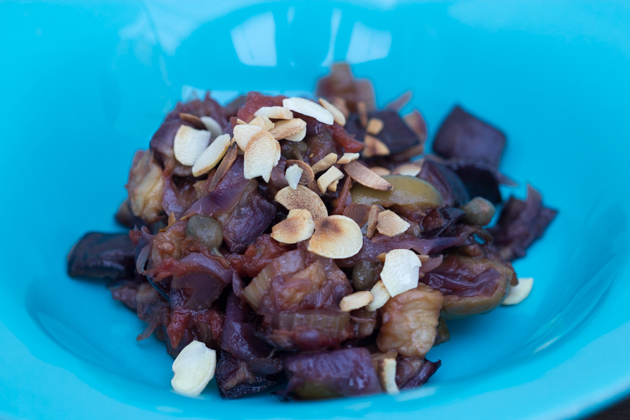 500 grams aubergine, rinse, cut off the stem and diced into 1.5cm cubes (skin on)

100 grams celery from the heart (the yellow centre pieces), trim the ends, and finely slice

Thanks for visiting Living a Life in Colour again, good to have you back here. If you haven't yet, you might want to subscribe by e-mail . Enjoy! Thanks for visiting!
« Why you have probably never tried real balsamic vinegar
What makes Parma ham (prosciutto di Parma) so special? And what is even better? »