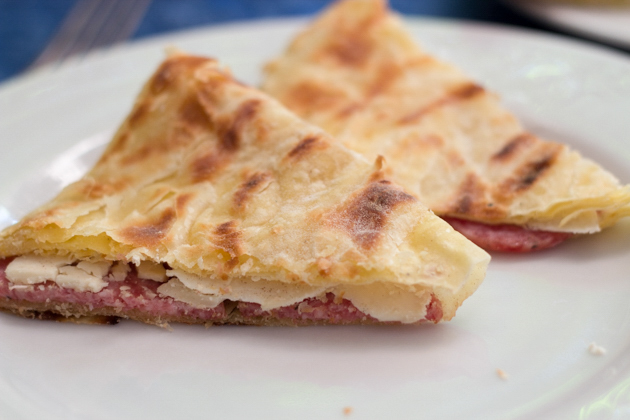 Crescia sfogliata is a flaky, slightly addictive flatbread from the town of Urbino in Le Marche. The recipe dates back to medieval times. Crescia sfogliata are related to neighbouring Romagna’s piadina (a flatbread) and are a variation on the paratha from India and the shou zhua bing from China. Eating one for the first time is a bit like discovering the croissant. You will want to eat one everyday and won’t remember how you lived life without knowing about them. The possibilities for the fillings include wild greens, vegetables, salumi, sausage and/or cheese. 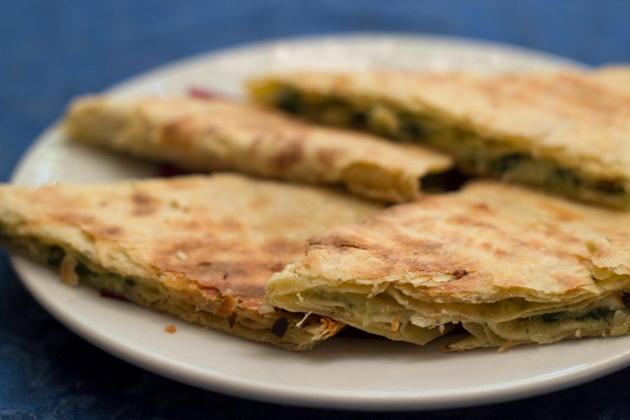 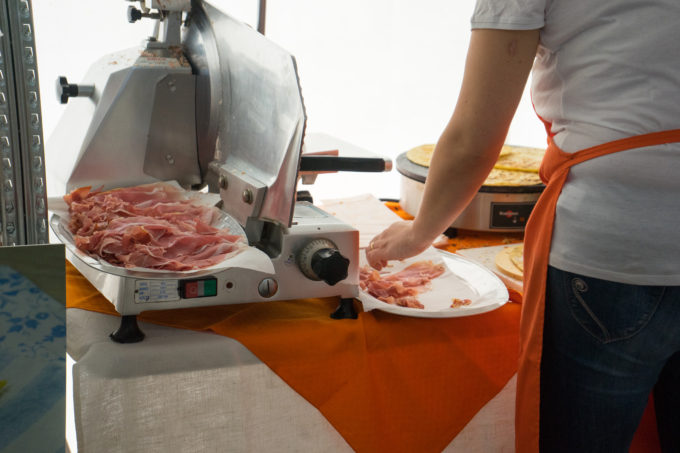 The fable accompanying the origin of the crescia sfogliata goes like this: the sun fell in love with the beauty of Urbino so he flew so low that he was entangled with one of the towers of Palazzo Ducale. The sun tried to break free, creating sparks in the struggle. This inspired a young baker to make a pastry into a golden disc which would rise and desire to fly high, called a crescia. 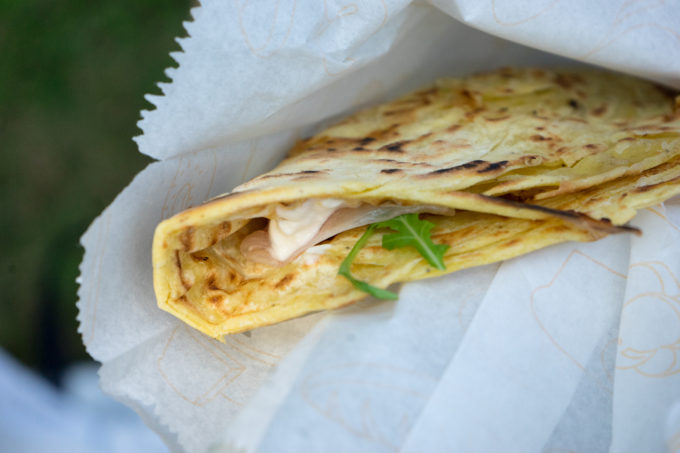 The recipe for the crescia sfogliata looks complicated but once you have done the first one, it is really straight forward. These breads make a great starter or wrap them up to keep them warm and take on a picnic. Children adore them.

The key to these breads is to make a nice even layer of lard across the bread, which is not too thin. This layer keeps the bread moist and will help the bread to puff up and create the desirable flaky pastry inside. This recipe is based off a recipe from the Italian Academy for Historical Cooking’s website. 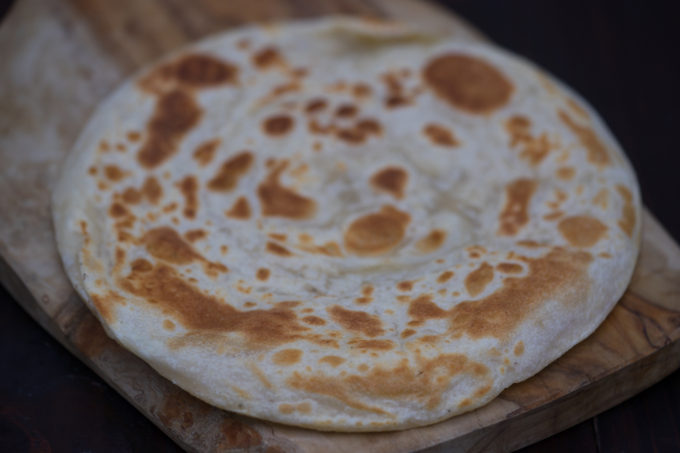 Thanks for visiting Living a Life in Colour again, good to have you back here. If you haven't yet, you might want to subscribe by e-mail . Enjoy! Thanks for visiting!
« Asparagus: the joy of springtime
Kaiserschmarrn: the Kaiser’s delightful pancake mess »