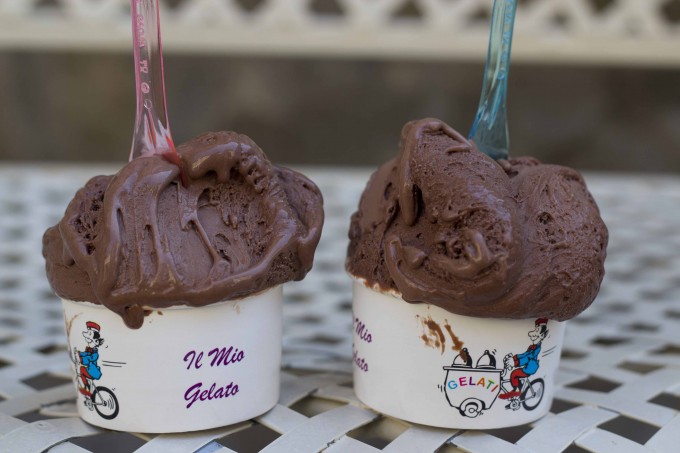 A good gelateria is difficult to select if you do not know what to look for. Here are 3 tips to finding which gelateria the locals frequent in Italy. This is still valuable advice if you have gelaterias where you live outside Italy.

An artisan gelateria usually says “artiginale” which means “artisan”. It may also have written “produzione propria” meaning “homemade”. Another good sign is one which says “latte biologico” meaning “organic milk” (as an ingredient in the gelato). They may also write what year the gelateria was founded in (the older, generally the better).

The gelato itself should not be heaped in a mountain but have only a partial container of each flavour. This is a good indication that the gelato is being made fresh regularly.

The gelato should not be fluorescent or brightly coloured. This means there is food colouring being used.

Now you are a gelato cognoscenti, next time you are in Italy you will know where the locals go.

Bonus tip: Often you pay for the size of gelato first (the larger the size the more flavours allowed). Then you can ask to taste the gelato flavours before you decide what you are going to buy.

Thanks for visiting Living a Life in Colour again, good to have you back here. If you haven't yet, you might want to subscribe by e-mail . Enjoy! Thanks for visiting!
« My favourite crowd-pleasing mid-week meal
Need a gift idea for Father’s Day? »