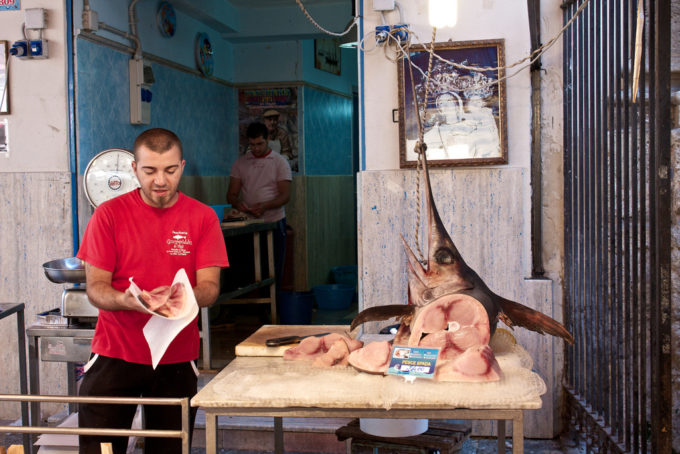 Swordfish for sale in Palermo by Marco Bellucci

If you are noticing a big game fish theme these past few weeks, it’s partially because we are coming towards the end of swordfish season. Swordfish are a majestic species of fish which play an important role in the cuisines of Sicily and Calabria where they are historically fished. It is highly prized for its meaty texture and delicate flavour, rendering its preparation quick and easy. 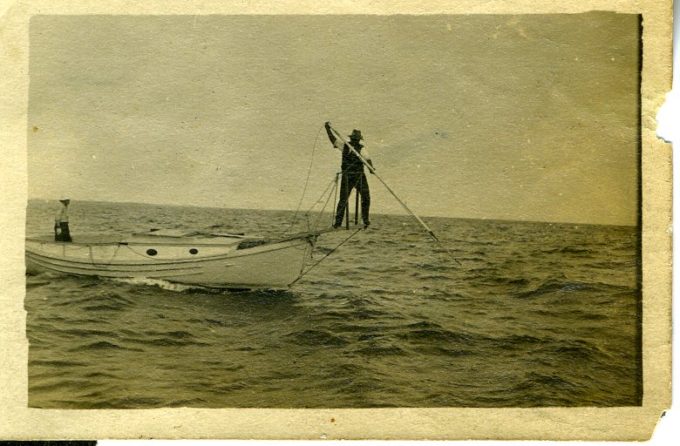 Harpooning Swordfish in Westport by UncoveringWestport

Swordfish are a trophy fish which are easily identifiable by a long, sword-like pointed nose. They were traditionally fished by boat with a lookout on a 20 meter high post. The fishermen then use a bow with a long harpoon (fiocina) with a forked point with which to spear the fish.  It is said that the Calabrian and Sicilian fishermen believed that the sound of Italian dialects would scare the swordfish so to communicate they used signals and and commands from conventional phrases in the Greek language.

Today due to overfishing, swordfish are reducing in numbers. If swordfish is not available or you prefer to use something more sustainable, try monkfish. The taste is different but they share a meaty texture and a delicate flavour. 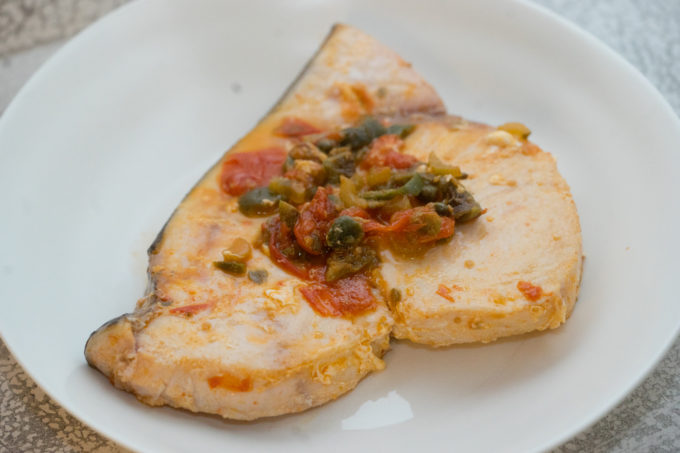 Heat a frying pan over medium heat. Add the olive oil and swirl around the pan. Mix together the capers, olives, celery, vinegar and tomatoes in a bowl. Add the mixture to a frying pan and fry for 2 minutes. Add 60 mls of water (1/4 cup) to the pan and cook for 30 minutes, topping up the water as needed. Taste to see if salt is needed.

Thanks for visiting Living a Life in Colour again, good to have you back here. If you haven't yet, you might want to subscribe by e-mail . Enjoy! Thanks for visiting!
« A great seaside take on the traditional spaghetti carbonara
Pollo e patate (chicken and chips): a dish everyone will want to come home to »