A friend told me that she was baking cakes in her rice cooker because she didn’t have an oven. It is relatively common in Asia to not have an oven and I thought this a poor substitute. I imagined the cakes to turn out burnt and hard on the bottom and undercooked and still liquid on top. I was intrigued by the concept though and so started doing some research, particularly because I have not found the toaster oven to be a suitable replacement for the standard oven. To be clear, my dream kitchen includes a professional oven with a stone base. The bread that comes out of this oven is incomparable to what is achievable with a normal home oven.  But, I looked at my rice cooker and thought to give it a try. 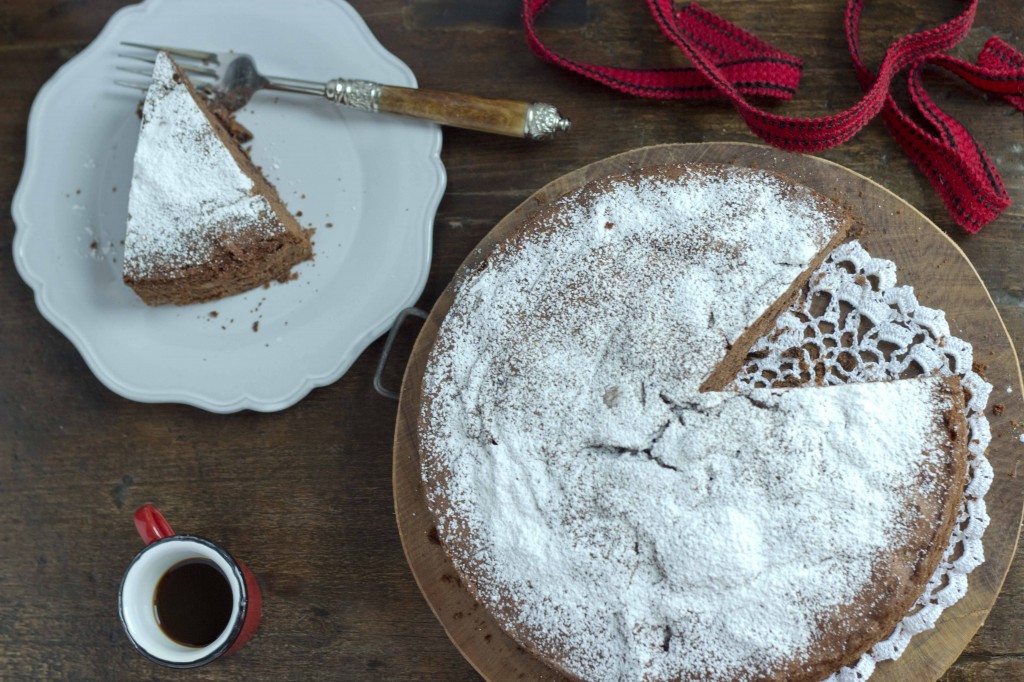 To start with I tried halving the recipe of my chocolate and cinnamon cake. My thinking was that as the heat surface in the rice cooker is on the bottom whereas in an oven the heat surrounds the cake, so I thought the cake will cook unevenly if the batter is higher than a few centimeters  away from the heating element. I left the cake in for 30 minutes and then started checking it every 10 minutes to see if it was done. I didn’t want to check it too frequently as steam is released every time you open the rice cooker and this steam was cooking the top of the cake.  Bubbles formed on the top of the cake, which I initially found concerning as this does not happen in the oven. I cautiously inserted a toothpick and it came out clean. It took 50 minutes, the same amount of time as the full recipe in the oven. The cake was the most moist and delicate cake I have ever made.

I then decided I would test the full recipe.  I put the cake in for the 50 minutes it took for the full recipe in the oven and then started testing it every 10 minutes. This time it took 1 hour and 20 minutes. The result was the same if not even better – a completely decadent moist chocolate cake that was devoured as it cooled.  Everyone in the house declared it the best chocolate cake ever.

Will the rice cooker replace my oven for baking cakes? Quite possibly. It has the advantages of not requiring advance heating, if you know the required baking time the cake can be baked unsupervised and stay in the rice cooker until you get home (with little risk of over-baking) and has the added bonus that the rice cooker does not heat the house on a hot summer day.

Thinking back on my university days when I had relied on my rice cooker the most, I wish I had known it could also bake cakes!

Thanks for visiting Living a Life in Colour again, good to have you back here. If you haven't yet, you might want to subscribe by e-mail . Enjoy! Thanks for visiting!
« How much do you know about Easter?
Follow these 14 rules to bake bread like a pro »