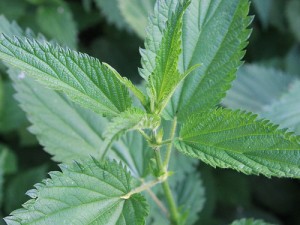 Nettles are a wild green leafy vegetable which has a sweet taste. Nettles have hairs which sting and need to be cooked to destroy the stinging sensation. Young nettle shoots are in season in the spring and autumn.

Buy: Look for nettles which have tender, young tips and oblong slightly triangular-shaped leaves which are unblemished. Nettles should be no longer than finger length otherwise they become tough and unpalatably bitter.

Store: Nettles are best eaten the day they are picked but can be stored dry in a plastic bag in a drawer in the refrigerator for 1-2 days.

Prepare: Only the tops of the nettle are eaten. When preparing nettles, wear gloves to protect hands from the stinging hairs and snip the tips and tender leaves off and rinse with cold water. 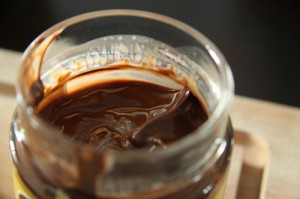 Hazelnut chocolate spread was first made in Piemonte in the 18th century. The name “gianduia” is a contraction of the name of a carnival mask, “Gioan d’la duja”, meaning “John of the Flagon”.

To make: Toast hazelnuts and grind to a paste with sugar. Melt dark chocolate and mix with milk. Mix the chocolate mixture and the hazelnut mixture together.

Store: It should be kept in a dark, dry place at room temperature with the top firmly closed. Do not place Nutella in the refrigerator or it hardens. If it becomes too hot the oil may separate and the freshness of the product lost.

Prepare: No preparation is necessary.

Eat: It is eaten on toasted bread, biscuits, in or on cakes (torta gianduia), and made into ice cream (gelato di Nutella). 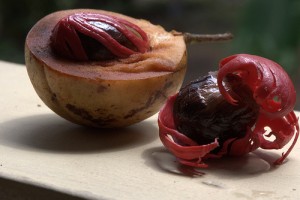 Buy: Nutmeg is a light brown coloured oblong ball, 2 to 3 cm in diameter. Do not buy powdered nutmeg as its aromatic oils are volatile and dissipate quickly after being ground. Nutmeg is relatively expensive in contrast to other spices but typically only a little is used at a time so buy in small quantities.

Store: Store sealed, in a cool, dark, dry place. It can be kept for several months to a few years. If once grated, the nutmeg has no flavour or scent, it needs to be replaced.

Prepare: Nutmeg can be grated on a nutmeg grater, rasp grater, or with a fine microplane. Only a little is needed at a time as the flavour is quite pronounced.